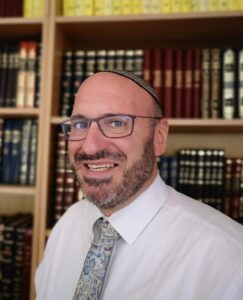 Rabbi Chaim Kanterovitz is the newly appointed Senior Rabbinic International Educator at Ohr Torah Stone. Serving as an educator and rabbi for over two decades in various communities in United Kingdom and South Africa, Rabbi Kanterovitz has extensive experience in advancing Jewish-Christian relations. He facilitated the interfaith exchanges between the Office of Chief Rabbi of England and the Archbishop of Canterbury and was a member Council of Christians and Jews in cities of Leicester, Hertfordshire and South Manchester as well as part of the Multi-Faith Forum Eastern Cape South Africa.

With a passion to open the soul of the Land of Israel and connecting it to the Biblical texts for leadership, Rabbi Kanterovitz is spearheading a new Ohr Torah Stone initiative – OMEK. The program is designed to integrate the revelation of Jewish thought with contemporary policy issues confronting the State of Israel today. He will also continue to advance Jewish-Christian relations with Ohr Torah Stone’s Center for Jewish-Christian Understanding and Cooperation by conducting Bible classes for visiting Christian visitors to the Land of Israel as well as help train Jewish educators and rabbis in the field.

Rabbi Kanterovitz currently resides in Efrat with his wife and five children.

Rabbanit Rivky Krestt is a seasoned Jewish educator. Prior to moving to Israel, she held department chair positions in Jewish studies at day schools and community schools in the United States. In addition to being a master teacher classroom teacher she has worked as a department chair, teacher mentor, curriculum writer, and educational technologist. She currently teaches online for Lookstein Virtual and also serves as the Director of Camp Shoshanim. When she is not in the classroom, Rivky works as a facilitator for Educating for Impact an organization concerned with building strong Jewish communities. Rivky holds a Master’s Degree in Curriculum Theory and Development from The University of Maryland, and studied a number of years as a Bruriah Scholar at Midreshet Lindenbaum. She lives in Efrat, Israel with her husband and three children. 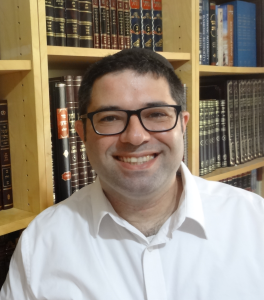 Rav Johnny Solomon is a passionate Torah learner, a reflective Torah thinker and an energetic Torah teacher. Originally from London, Johnny has a BSc (Hons) in Math & Religious Studies, an MA in Jewish Education, and semicha from the Montefiore Kollel (London). Beyond this, Johnny has been a participant in the Lookstein Fellowships for Senior Jewish Educators (Lookstein Centre, Bar Ilan), the Shalom Hartman Tichon Programme for Senior Jewish Educators (Shalom Hartman Institute, Jerusalem), the Ashdown Fellowships for Senior Jewish Educators, and the Reshut Rabim Beit Midrash (Yaakov Herzog College). While in London, Johnny held numerous senior positions including Head of Judaic Studies at Immanuel College (London) and Head of Judaic Studies at Hasmonean Girls’ School (London). In 2012 Rav Johnny made aliya with his family, and he divides his time between teaching Tanach, Halacha & Jewish Thought at Machon Ma’ayan and at Midreshet Torat Chesed, while also working as a Jewish Education Consultant to numerous institutions. 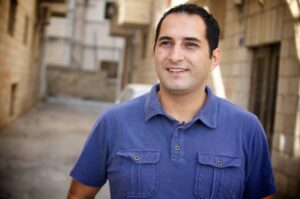 Author, renowned speaker, TV personality and religious writer for the largest Arabic newspaper in the Holy Land (Al-Quds), Pastor Steven Khoury shepherds the largest Arab Evangelical church in Israel and the Palestinian territories. His transformation from a boy involved in the first intifada with Israel turned believer is a message for all to hear. Preaching the message of Christianity to Arabs in the region has often put him in the most precarious situations, making his church a target of retaliation over the years. Even such, Pastor Steven Khoury has made it his mission to be on the forefront in reconciliation between Jews and Arabs. His educational background is in ministry with a Bachelors of Science in Pastoral Ministry and Basic Masters in Theology. He is an affiliate with the BBFI, a member of the National Christian Foundation, and a part of the Premiere Speakers Member. 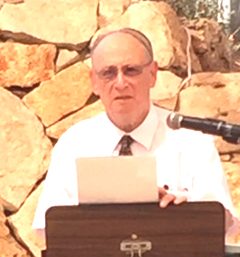 Rabbi Dr. Yuter is Adjunct Prof. of Hebrew Lit., Baltimore Hebrew University, and Adjunct Faculty, Fairleigh Dickenson University/ Institute for Traditional Judaism. He was Professor of History and Jewish Studies at Touro College for 10 years. Rabbi Yuter served as spiritual leader of B’nai Israel of Baltimore since 2005. Rabbi Yuter taught at University of Maryland [Baltimore County], Anne Arundel Community College, and has served as an Adjunct Prof. of Hebrew Literature, Baltimore Hebrew University. He taught Bible, Jewish law, and Jewish thought at the joint program of Fairleigh Dickenson University/Institute for Traditional Judaism. His Rabbi S’micha was granted by the Chief Rabbi of Israel, Rabbi Mordecai Eliyahu, Rabbi Moses D. Tendler of Yeshiva University, and Rabbi David Halivni, who granted the Yadin Yadin ordination. He holds a Ph.D. in Hebrew Literature from N.Y.U. He now teaches Jewish law at Michlelet Reva and Machon Pardes in Jerusalem. 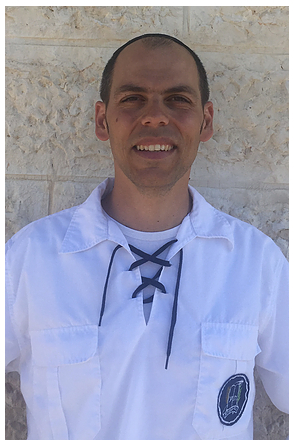 Arik Speaker grew up in Antwerp and was a member of the local "Hamizrahi" community. During his high school Studies in the local religious Zionist school, he was active in "Bnei Akiva", and after completing his studies- he came to Israel as part of the "Machal" Hesder program in Ma'ale Adumim. After graduating from Yeshiva - Arik completed his bachelor's degree in Law from Bar Ilan University, simultaneously studying in "Lifshitz" College. From 2007 to 2011 he served as the rabbi of the Jewish community in Zurich. In this capacity, he worked with many youth, student and youth movements, gave lessons and organized various events. With his return, he worked as the director of the education department at "Heichal Shlomo" and coordinator of youth programs in Israel, the US, South Africa and Australia. His primary focus is on non-formal education, and he lectures and holds seminars on Judaism, Zionism, etc. in schools across the country. Arik and his wife Efrat live with their four children in Tekoa in Gush Etzion.