The Center for Jewish-Christian Understanding and Cooperation expresses its deep sorrow on the passing of Dr. Michael Wyschogrod z”l. Dr. Wyschogrod was one of the important Jewish theologians of the 20th century and an early ardent advocate of interfaith theological dialogue, at a time when few other Orthodox scholars saw the value of such dialogue.

Dr. Wyschogrod was a scholar in CJCUC’s Institute for Theological Institute’s first research project, and contributed a provocative essay to the 2012 ITI volume, “Covenant and Hope.” He was an independent creative thinker and his books, “The Body of Faith” and “Abraham’s Promise: Judaism and Jewish-Christian Relations” continue to be a source of guidance to Jews and Christians alike who are committed to mutual understanding. 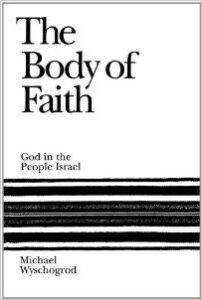 A refugee from Nazi Germany, Dr. Wyschogrod was a proud Modern Orthodox Jew who understood that Jews must interact with human culture and that Judaism has much to say to other faiths.

May his family be comforted among the mourners of Zion and Jerusalem, and may Michael Wyschogrod’s memory be a blessing to Jews, Christians and the world.